Woke up at a decent time yesterday (6:15) after another rough night of sleep. Jason was ridiculously cheerful this morning. Rolled over for another half hour.

I got up and packed lunch. Jason was still chipper and grabbed my phone to take a couple of pics. We watched a bit if the news. This is a new habit we’ve gotten since he started the new job. It’s nice to spend time together in the mornings. We’ve never really had the schedule in the mornings to be able to do that.

Jason leaves for work and I go straight back to bed, listening to old Paperclipping Round Table episodes. 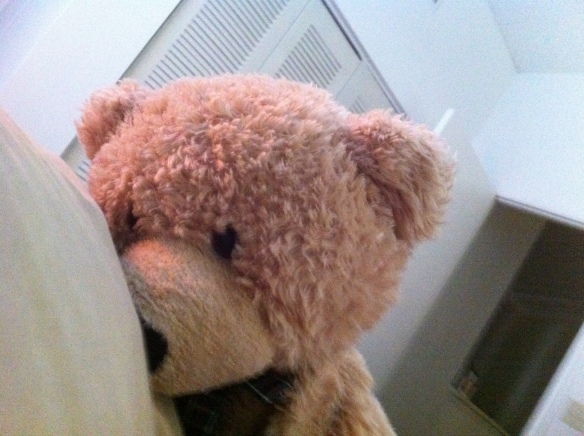 I woke up at 10:30 and have cereal. Check Flipboard and that inspires me to write out a really long blog post. Had lunch and IM’ed with Jason while he ate. They had Deal or No Deal on in his lunchroom.

Read a couple of other people’s witl blog posts then had a shower. Opened up the blinds and felt my mood getting better. Continued listening to PRT throughout the afternoon. Did some cleaning and took out the trash.

Love putting my iPhone on shuffle. It’s fun to hear Journey, Evanesence, Earth Wind and Fire, and Adele one right after another. I totally didn’t find myself singing “After the Love is Gone” using the Gatorade bottle as a microphone. Not at all.

Talked to Jason while he was on the way home. Started cooking apricot sauce for chicken tonight. Still working on timing the dinner cooking and talking to Little Man while still having dinner before 9:00 with the new schedule. Listened to Hypothetical Help and Trending Show podcasts.

Jason came home and we went for a walk. Talked about the Little Man. He’s taking the California Standardized Tests this week. Jason talked about his day of working on computers. He’s doing a lot more walking at work now. Discussed pedometers. I’m interested in the Nike Fuel band, but wary after being burned by the Jawbone Up bracelet last year. Saw a lot of ducks around the lake. Great walk. 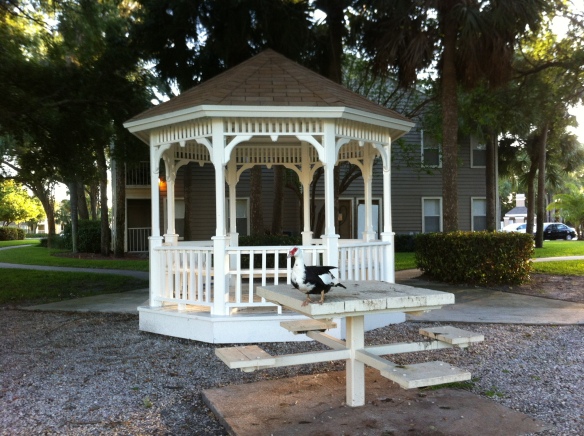 Came back home and had dinner. We had some of Jason’s favorites, Apricot Chicken, Broccoli Gratin, and macaroni. This officially ends “Jason is Great Week of Recipes”, which technically lasted a week and a half, but no complaints here. Strawberry shortcake for dessert. 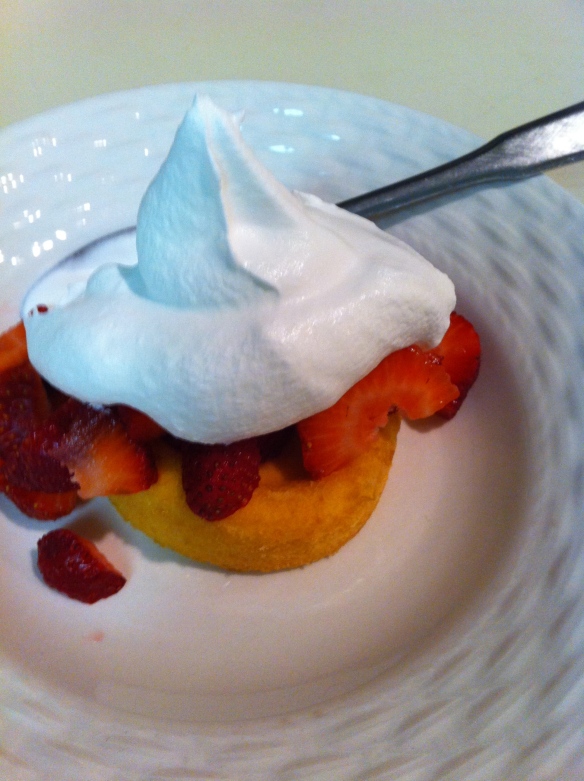 We watched the last two episodes of Whites. So funny! Then we caught up with Up All Night on Hulu. It’s funny how we relate to the couple on the show, except for the baby part. It got us talking about lots of nice things- how he proposed, having a song to call our own, and all the places we’ve been together. It was a really really great conversation. Talking to him is one of my very favorite things.

Notes on Day Two-
Like I said yesterday, I was seriously considering quitting this project after Day 1. I’m glad that I kept it up for two whole days. It was embarrassing to put it out there that I slept half the day away yesterday. But sometimes you just need to do that. And it did a lot to help my mental and physical well being. As far as documentation yesterday I was pretty relaxed. I took a few notes throughout the day on Momento and copied and pasted them to make the bulk of this post.

45 photos and screenshots (plus a few more that Jason took but I haven’t uploaded to my computer yet)
6 Momento Notes
1 chipper Husband
1 grateful Wife
1 sleepy Kitty
5 more days to go….

2 thoughts on “Week in the Life: Tuesday”