Jason is home this week, so that means we’ve been watching a ton of Super Bowl coverage. The thing I love most is all the great NOLA shots between the commentary. I feel the pull of New Orleans like no other place we’ve visited.

Jason’s dad and brother live near New Orleans, so we knew we wanted to spend a day there during our visit in 2009. But first we had to get there.

We always take pictures at the state borders whenever we travel. Sometimes we’re lucky enough to have someone willing to take our pictures, but mostly we just snap each other. 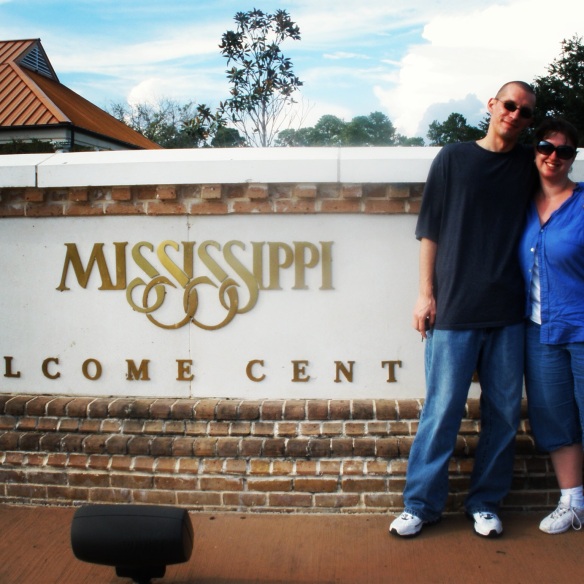 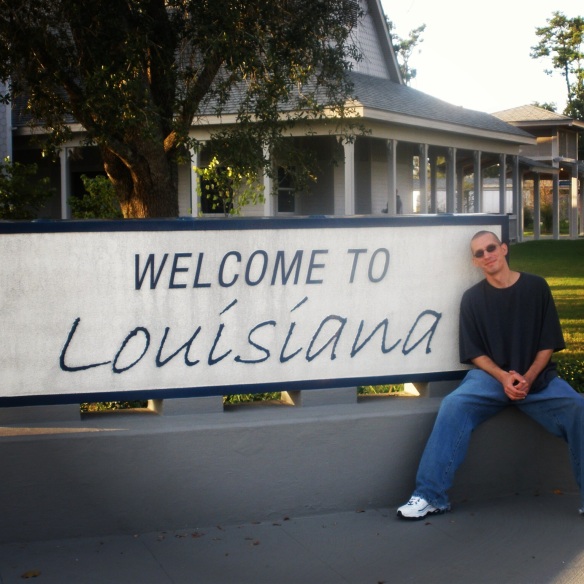 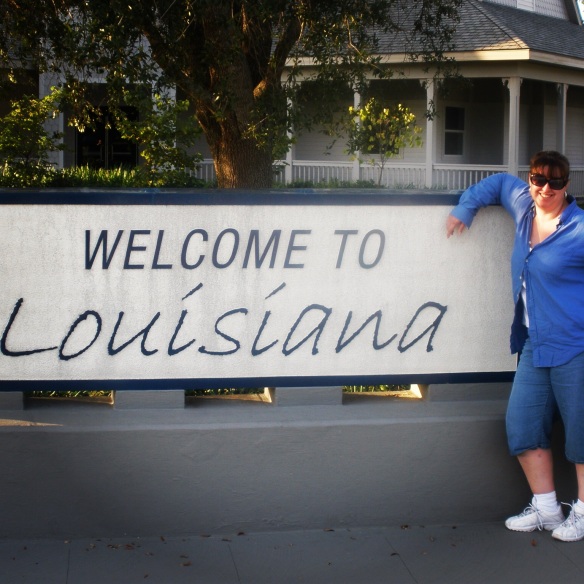 The next day, we met up with Jason’s dad and brother. I never got his brother’s permission to put up pics, so this post will be just me and Jason. (John, let me know if you read this!) We ate at the Broken Egg Cafe, which was delicious! You seriously cannot get a bad meal in Louisiana. That is my firm belief. Unfortunately this was before we started obsessively taking pictures of our meals, so you’ll just have to imagine my crawfish omelette. 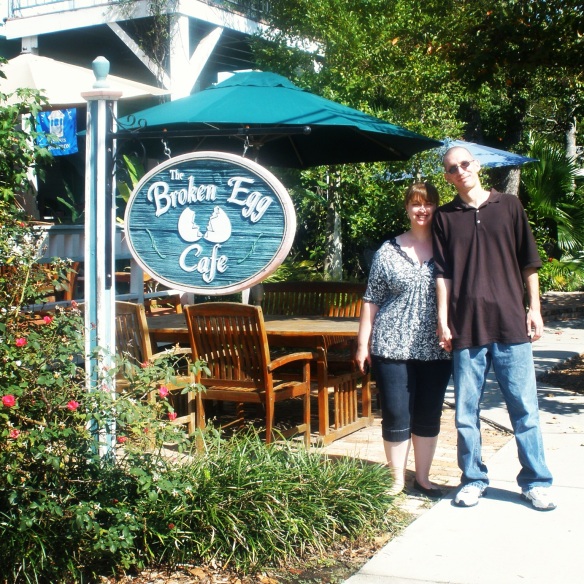 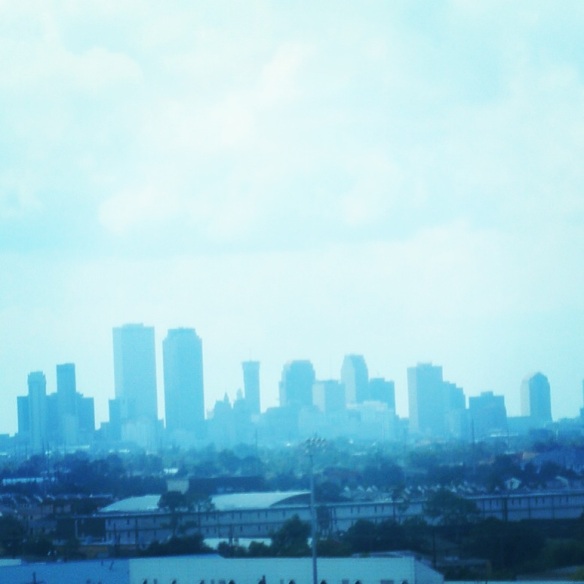 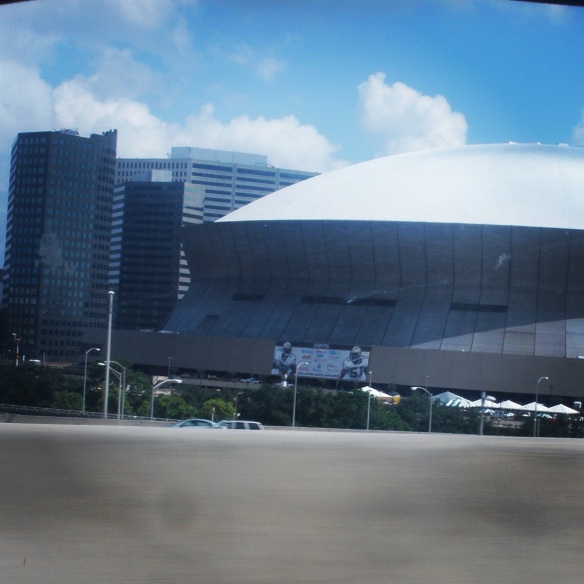 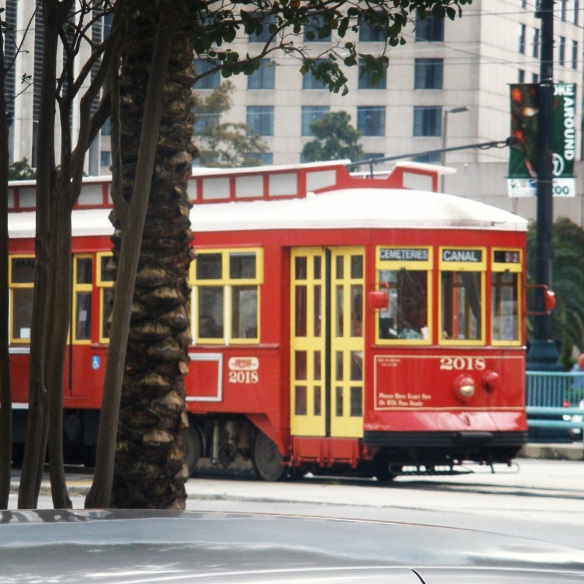 We walked around the Riverwalk Marketplace, a shopping center by the river. 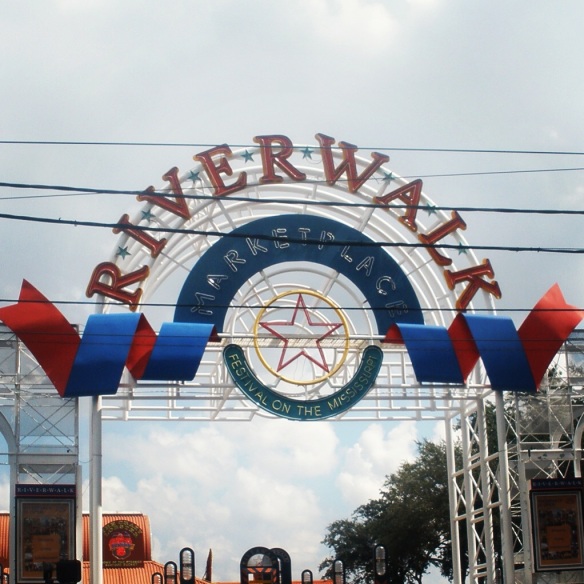 Then we took a ride on the ferry down the river. 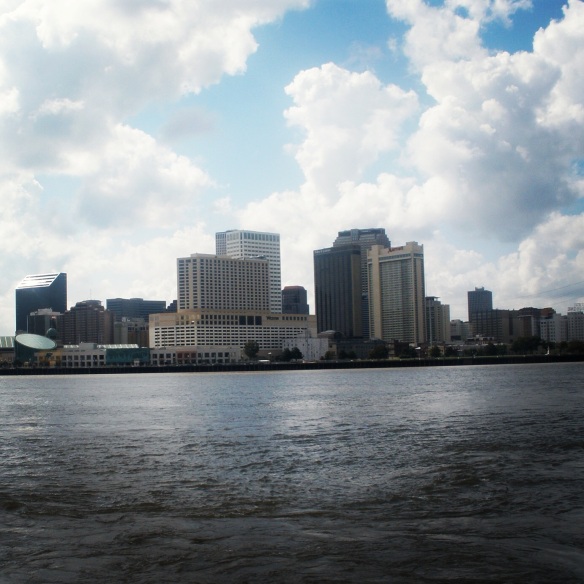 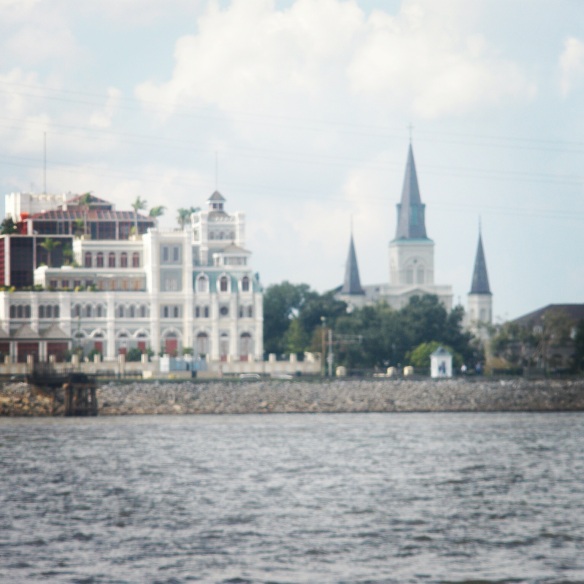 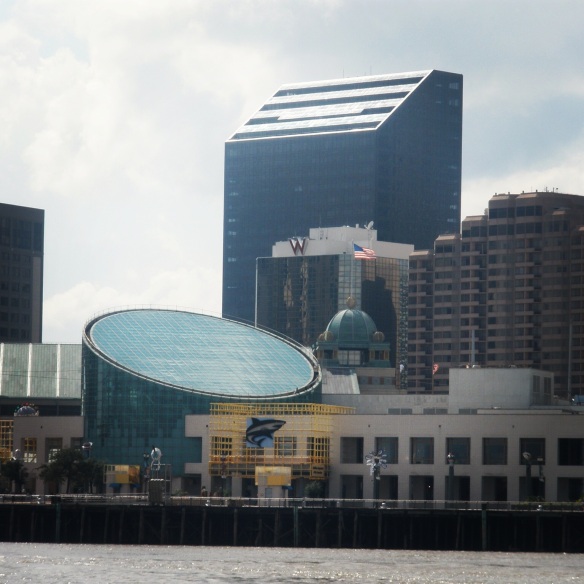 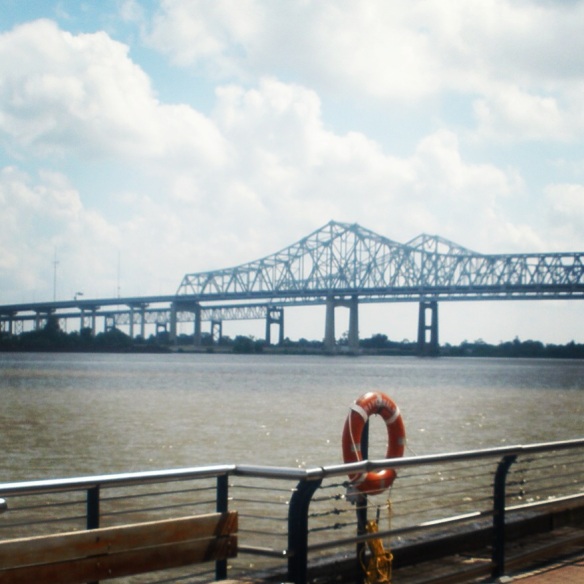 I’ve realized that it’s impossible for me to narrow down my photos any further, so I’m going to split this into two posts. Tune in tomorrow for the rest 🙂