I’m playing catch up talking about the books I’ve read lately. Back in December, I took a break from my regularly scheduled books to try something different. To get into the holiday spirit, I decided to devote December to only holiday themed mysteries. You’d be surprised how many of those there are! I’ve barely scratched the surface of this sub-sub genre (is that a real term?) I still have a pretty long list of books I didn’t get to, so I can see this becoming a yearly tradition for sure.

First up were a couple of oldies but goodies. 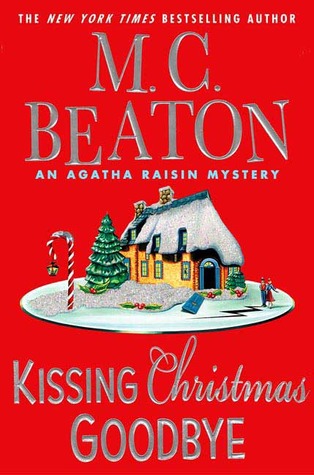 I’m a bit torn on this one. On the one hand, this is one of my least favorite Agatha books as far as the mystery goes. The victim is so horrible, you kind of wish you’d had the opportunity to kill her yourself. The more you learn about her, the more sympathy you have with the killer. So much so, that by the end you don’t really even care who actually did it.

On the other hand, I really love Agatha in this book. As prickly and unlikeable as she can be, she really shows a softer side in this book. She really does a lot of good here, even if it’s in her own self interest. I know a person or two who can’t get past Agatha’s abrasive personality, but Christmas brings out the best of her here. 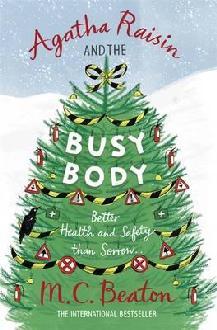 Agatha Raisin and the Busybody (Agatha Raisin #21) by M. C. Beaton
PI Agatha Raisin assists Miriam Courtney, a suspect in the murder of health and safety officer John Sunday–universally despised for banning the traditional village Christmas tree. When Miriam’s mansion burns down with her in it, Agatha continues investigating the case on behalf of Miriam’s grown children.

I can’t say much about the actual mystery without getting too spoiler-y. Overall I liked it. This story spans a whole year, which is unusual for the Agatha books. I worry a bit when I see authors do this with older characters. It stretches plausibility to have a heroine in her 50’s at the beginning of a 20+ book series where each book takes place during several months to a year. The author also uses a plot device that I find pretty tiresome which I can’t go into. Which is also tiresome. But trust me, everyone has used it. 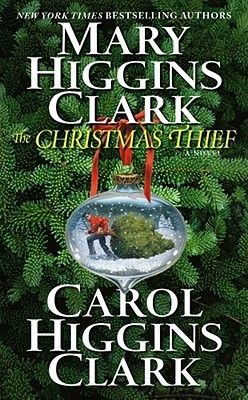 The Christmas Thief (Regan Reilly #9) by Mary Higgins Clark and Carol Higgins Clark
During a vacation weekend in Stowe, Vermont, lottery winner Alvirah Meehan and her friend private investigator Regan Reilly become involved in the case of a stolen Christmas tree. The tree, designated for Rockefeller Center, connects a scam artist, a swindled waitress, and a sparkling treasure.

I don’t love MHC. Every ten years or so, I pick up one of her books to make sure I still don’t like them… Yep, still don’t. I think the characters have the potential to be interesting. But I can’t get past some of the writing. There are a few phrases in the English language that make me grind my teeth, and I think MHC used most of them here. I don’t mind a sprinkling of “Little did she know…” but pair it with “She didn’t realize how beautiful she looked”, and you’ve lost me. If MHC had used the phrase “As a mother…” she would have inadvertently stumbled upon my Trifecta of Annoying Phrases. And caused my head to explode.

Hard Christmas (Cat Marsala #6) by Barbara D’Amato
Researching a feature story on the Christmas-tree industry, Cat spends Thanksgiving with the DeGraaf family near Holland, Michigan. The beauty of the rural landscape and the clan’s warm welcome mask growing tensions until someone puts a young farm worker through the tree baler.

Every time I read a Cat Marsala mystery, I learn about something new that I thought I had no interest in before. I love that about this series! This time around Cat delves into the world of Christmas tree farming, which a lot more complex than you’d think. In doing so, she inadvertently stumbles into a family full of secrets. Though the reason for her researching this industry is not necessarily in character for Cat, if you get past that, the rest of the book is very good. 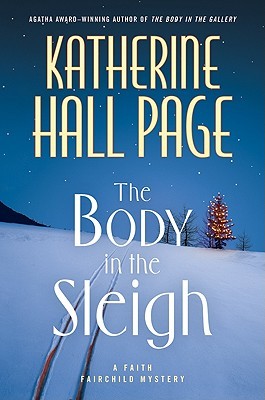 It’s Christmastime, and the Fairchild family is spending the holidays on idyllic Sanpere Island in Maine while the Reverend Thomas Fairchild recuperates from surgery. His caterer wife, Faith, is rejoicing in the rare, holiday family-time together—watching ice boaters, snowshoeing, and doing plenty of reading in front of the fire.

But Faith’s high spirits are dampened when she discovers the body of a young woman in an antique sleigh in front of the Sanpere Historical Society.

I generally like the Faith Fairchild mysteries. I’ve been slowly working through the series for years. I skipped ahead in the series a bit to get to this one, to keep with the holiday theme. The Body in the Sleigh was good but quite sad. The backstory of the murder victim and the secondary mystery of an abandoned baby were well done, but the ending wasn’t clear cut by any means. I think this book will have repercussions later on in the series.

I have many (many) reviews to catch up on. And by “reviews” I mean “longwinded blatherings”. I’m going to try to blog these once or twice a week until I get caught up.