I’m playing catch up talking about the books I’ve read lately. Back in December, I took a break from my regularly scheduled books to try something different. To get into the holiday spirit, I decided to devote December to only holiday themed mysteries. You can see the first installment here. 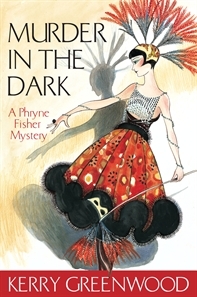 Murder in the Dark (Phryne Fisher #16) by Kerry Greenwood

It’s Christmas, and Phryne has an invitation to the Last Best party of 1928, a four-day extravaganza being held at Werribee Manor house and grounds by the Golden Twins, Isabella and Gerald Templar. Phryne finds that the jazz is as hot as the drinks are cold and indulges in flirtations, dancing, and mint juleps. Heaven.

It all seems like good clean fun until three people are kidnapped, one of them an abominable child, and Phryne must puzzle her way through the cryptic clues of the scavenger hunt to retrieve the hostages and save the party from disaster. 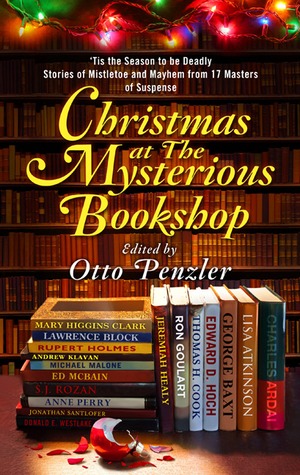 Christmas at The Mysterious Bookshop by Otto Penzler (Editor)

Each year, for the past seventeen years, Otto Penzler, owner of the legendary Mysterious Bookshop in New York City, has commissioned an original story by a leading mystery writer. The requirements were that it be a mystery/ crime/suspense story, that it be set during the Christmas season, and that at least some of the action must take place in The Mysterious Bookshop. These stories were then produced as pamphlets, 1,000 copies, and given to customers of the bookstore as a Christmas present.Now, all of these stories have been collected in one volume—Christmas at the Mysterious Bookshop

I’m not always a fan of short stories, but I mostly enjoyed these. Some were funny. Some were scary. A couple were just odd. But all in all a pretty good read. I love the backstory of how the book came to be, and it was very entertaining to see how different authors treated the Bookshop- and it’s proprietor. I liked seeing familiar characters in the same setting but in very different situations. And I found a few new-to-me authors, so that’s always a win. 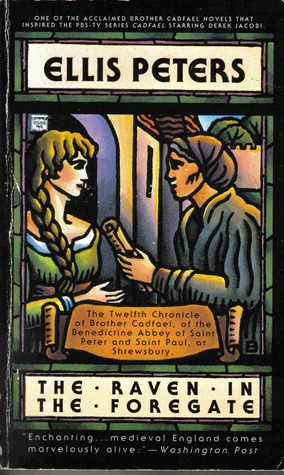 The Raven in the Foregate (Chronicles of Brother Cadfael #12)

It is Christmas, A.D. 1141, Abbot Radulfus returns from London, bringing with him a priest for the vacant living of Holy Cross, also known as the Foregate. The new priest is a man of presence, learning, and discipline, but he lacks humility and the common touch. When he is found drowned in the millpond, suspicion is cast upon a young man who arrived with the priest’s train and was sent to work in Brother Cadfael’s garden. Indeed, he is soon discovered to be an impostor. To Brother Cadfael, now falls the familiar task of sorting out the complicated strands of innocence and guilt

How have I never read Brother Cadfael before? I know my dad has been trying to get me to read these for years, but somehow they fell through the cracks. Well better late than never! I liked this one quite a bit. I really need to start the series from the beginning though because I got a little lost with some of characters and their relationships. I’m a sucker for historical mysteries and this is a period of history that I don’t know much about. So I’m not sure how historically accurate it is. And I really don’t care. I enjoyed it anyway. 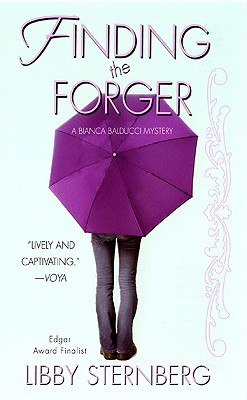 This title is for ages 12+. For the second time, sophomore Bianca Balducci is helping her private-eye sister solve a mystery, this one involving forgeries at the local museum. Bianca becomes involved after her friend Sarah’s security-guard boyfriend is implicated in the crimes. However, the mystery takes a backseat to the drama and angst of teenage relationships. Bianca is an extremely likable character: smart, funny, and able to find humour in the worst situations

I picked this one up by accident, not realizing it was YA. Clearly I need to read the synopsis more carefully 😛 I actually did like this though. It was very silly, reminiscent of the Georgia Nicholson books if Georgia solved crimes and was American. Very silly girls worrying about boys and their hair. I can’t imagine that I was ever that boy crazy, though I am getting on in years so maybe it’s a memory lapse. Cute book and a quick read. 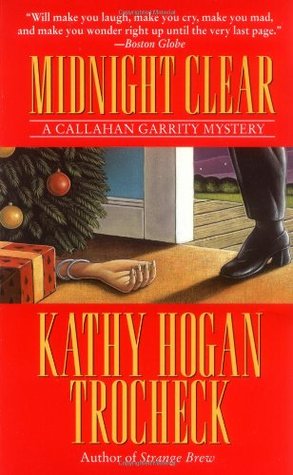 Ex-Atlanta cop-turned-house-cleaning entrepreneur Callahan Garrity doesn’t know what she is getting for Christmas, but she never expects the gift that arrives at her door: her estranged, ne’er-do-well brother, Brian, and his adorable three-year-old daughter, Maura. A rebel who’s been in and out of trouble most of his life, Brian’s deep in it now since he illegally abducted Maura from under the nose of his shrewish former wife.

When the beautiful child’s mother is found murdered, the police come looking for Brian. And now, to save her brother and her holiday, Callahan — along with her irascible mom, Edna, and a gaggle of House Mouse employees — must uncover the truth and a killer, even if it means digging around the roots of her own family tree and exposing the rot underneath.

This was another new-to-me series. I really liked it and have since started the series from the beginning. I love the setting in the Atlanta neighborhood. It reminded me of the neighborhood I grew up in East Nashville. Callahan’s mother got on my ever-loving’ nerves, though she shares my view that Pull-Ups are the worst invention ever and that they have stunted the potty training of a whole generation. I actually laughed out loud when she started talking about that. The story was sad (why does everyone want to abandon their children at Christmas?) Decent mystery, but I’ll keep going with the series for the characters.