It’s been awhile since I’ve done a challenge at a digiscrapping site. Franky, with recent changes in the rewards points for several sites, they’re just not worth it anymore. I don’t want to wait three months to get my gift certificates, and I want to get more than 5 cents for completing a challenge. /end rant.

I was all set to finish up the Month of Challenges at TLP, but when I realized I’d be out of town the last few days of January, I knew I wouldn’t be able to complete them. But there’s always next year! (and I might go back and do some of them anyway)

I decided on the spur of the moment to participate in this month’s TLP challenges. I was able to knock them out pretty quickly (except that darned haiku page!) It feels good to do challenges again. It feels especially good knowing I’ll get a 30% off coupon next month. I’m obsessed with Just Jaimee’s monthly kits and I want to collect them all!

You can see two of my challenge pages in this post. Here are the rest- 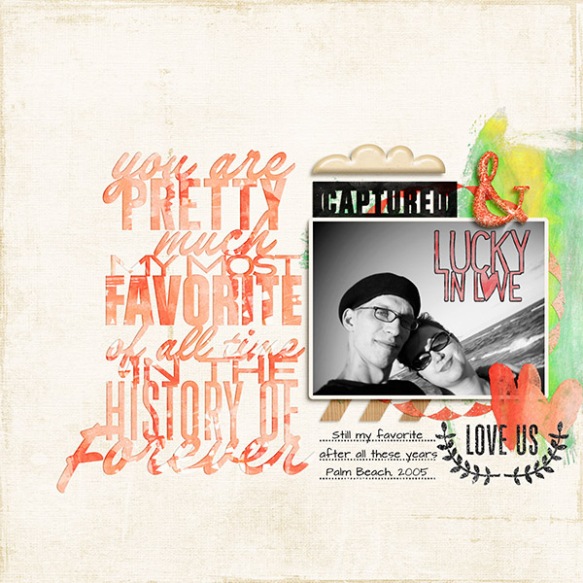 The first challenge was to use products from this month’s BYOC. I’m in love with that huge word art.

Journaling reads- Still my favorite after all these years. Palm Beach 2005

Credits:
Inspired papers
So Messed Up paint
Imprint on Me brushes (some altered) by Just Jaimee 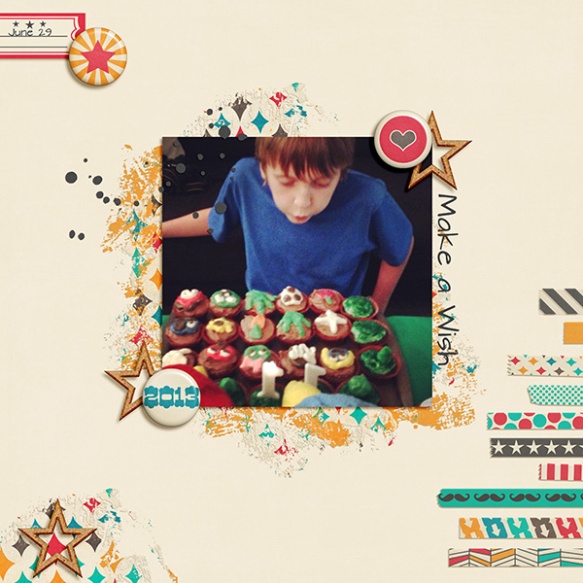 The next challenge was to use the word “wish” in a page. It was a no-brainer to use this pic of the Little Man blowing out his candles last summer. 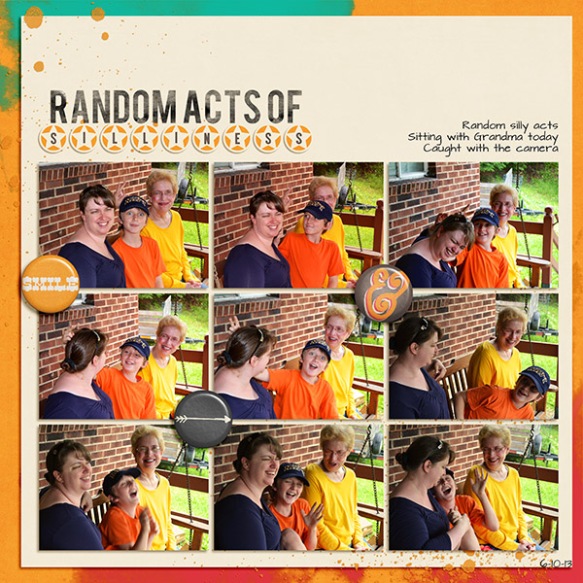 This page was So Hard! We had to write the journaling in the form of a haiku. I am clearly no poet.

Credits:
September 2013 Storyteller by Just Jaimee
Made with the new Template Builder actions by Mommyish (which are AWESOME) 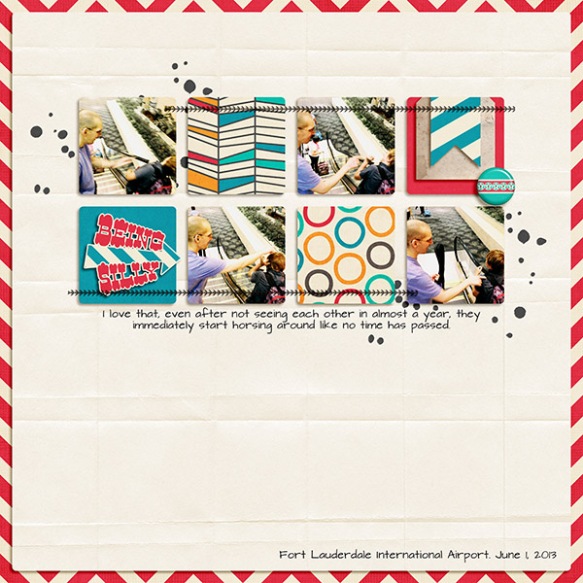 The next challenge was a Template Challenge. Do you sense a “silly” theme going on with these pages?

Journaling reads- I love that, even after not seeing each other in almost a year, they immediately start horsing around like no time has passed. Fort Lauderdale International Airport June 1, 2013. 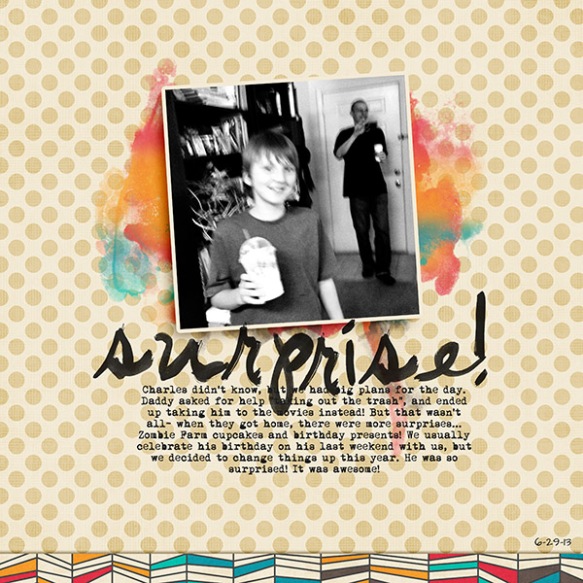 And for the last challenge we were asked to lift a LO from the fabulous Shanna Noel’s SC gallery. I picked this one. Loved the script-y painted title and the paint smears behind the photo. My page tells the story of the surprise we threw LM for his birthday.

Journaling reads- [Little Man] didn’t know, but we had big plans for the day. Daddy asked for help “taking out the trash”, and ended up taking him to the movies instead! But that wasn’t all- when they got home, there were more surprises… Zombie Farm cupcakes and birthday presents! We usually celebrate his birthday on his last weekend with us, but we decided to change things up this year. He was so surprised! It was awesome!

These were fun to make. I’m already excited for next month’s round of challenges!